Quickies: Strangers in a Bar 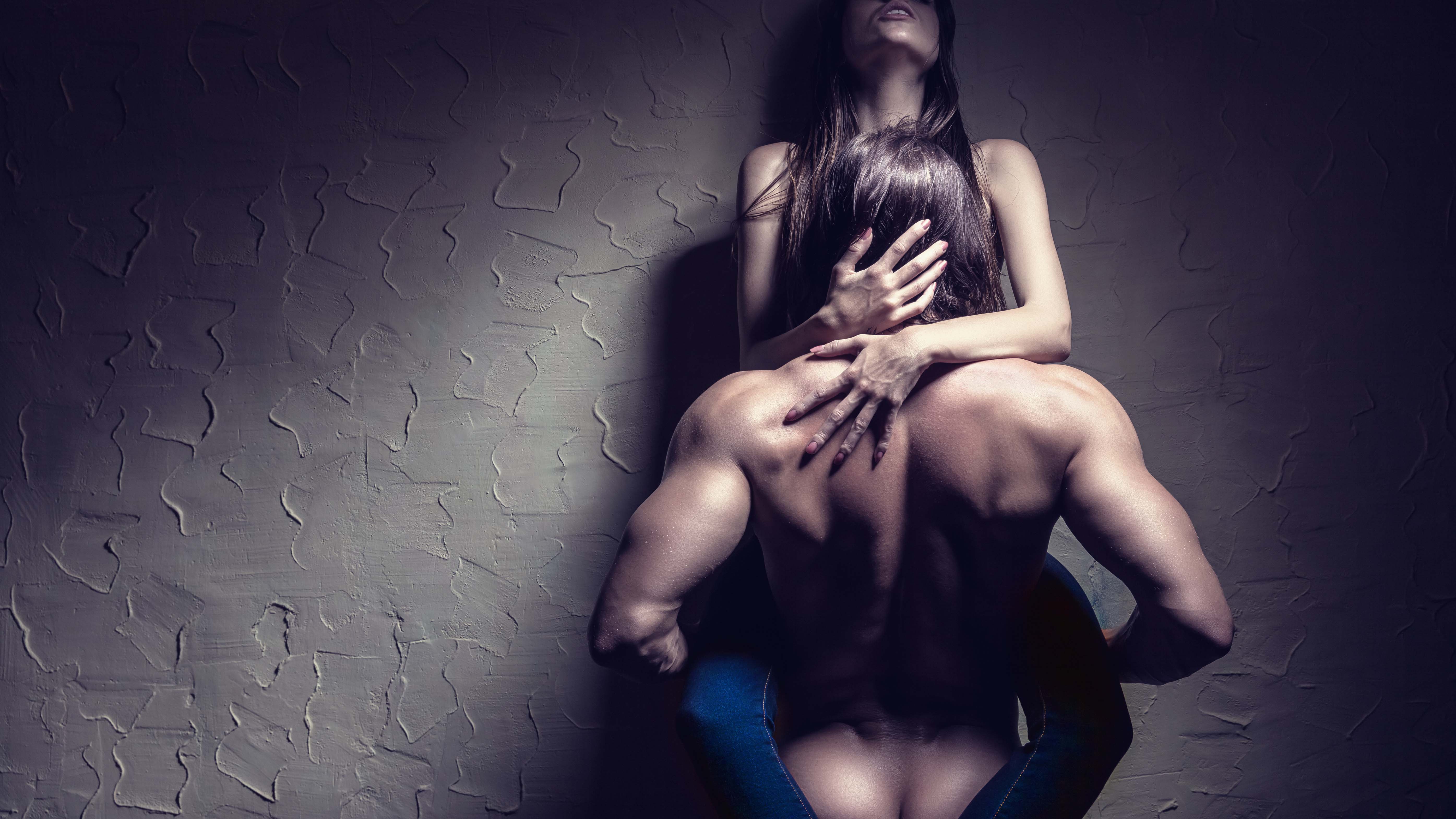 I wiped down the bar as I raised my hand in goodbye to the man pushing open the front door. It wasn’t late, just about 10:30 pm, but I was now the only one here.

“Have a good one,” I said to my last patron as a chilly wind whipped through The Two Horns.

“Thanks, man. You too,” he said before bracing himself against the wind and rain and heading out. He didn’t have an umbrella, but then again, an umbrella would never make it out there.

I finished wiping up, just me and the music playing. I figured I’d give it another twenty or thirty minutes before closing up for the night to see if anyone else came in. I could do that because I owned the place.

Heading into the kitchen to check something—the kitchen staff had gone home already—I heard the door chime. I ducked my head out to see that an attractive woman had walked into the bar and was shaking the water off herself. Maybe I wouldn’t be closing up that early after all.

“Be with you in a minute,” I called out, and she nodded and smiled.

When I came back a couple minutes later, the woman was seated on a bar stool, sitting quietly, with no phone or anything.

I ran over the beer options, and she picked a wheat beer from a local place. I poured her one and placed it in front of her.

She sipped from her glass. “So I guess I’m the only crazy one out on a night like this?”

“Lauren,” she said, taking my hand. Despite the chilly, wet night, she was nice and warm.

“Alright, Lauren, what brings you out for a beer on a night like this?”

“I’m kinda stuck here—oh, not in this bar,” she laughed and held her hands out, palms facing me, “in this city. My flight got canceled, so I’m here until tomorrow. I was just really bored in my hotel room, and I convinced myself that it wasn’t so bad out there.”

We both laughed, and I found her even more attractive. In addition to her long brown hair and cute face, she was a little self-deprecating and didn’t take herself too seriously. I enjoyed that.

We chatted while she drank her beer. She was here for business, and I told her all about running the bar—it had been in my family for decades—and the twists and turns I had taken to get here. When she ordered her second beer, we were talking and joking like old friends.

I guessed that Lauren was in her early thirties—about seven or eight years younger than me—and she wore no wedding ring. I was starting to get an idea, something that I liked to do occasionally.

But the thing was, it had to be a really genuine offer. If there was even a hint of trying to get something for yourself, you’d likely get a hand across your face. But I had gotten pretty good at it, and I was confident that Lauren was up for it. Running a bar, I’m perceptive about people.

I loved eating pussy. Even if I didn’t get anything in return. But the truth was that a woman who had been pleasured orally was usually very willing to return the favor. But I held no expectations.

When Lauren had finished her second beer and placed her hand on my forearm while making a joke, I knew the time was right to offer.

I took her hand and leaned in close, so my mouth was next to her ear. “I’d love to eat your pussy. Would you like that?”

Surprised, she looked at me, then chuckled.

“Uhh,” she tilted her head and squinted her eyes at me. “I really shouldn’t turn down an offer of oral from a handsome guy, but what’s in it for you?”

“Tasting you,” I said, without hesitation and meaning every word.

She stared at me for a moment, then hopped off her barstool and made her way around to enter the bar.

When she was standing next to me, she pulled off her boots and socks while smiling at me, then unbuttoned and unzipped her jeans, pulling them down her hips until she could step out of them. Finally, she removed her panties.

“Hop up on the bar,” I said, and I helped her on top of it. She spread her legs and placed her feet on the edge when seated, inviting me to put my head between her thighs.

Bending down to her pussy height, I wasted no time licking her clit. Her hand went onto the back of my head, and she moaned softly while my tongue licked circles over her most sensitive spot.

Using a little more pressure with my tongue and pressing my mouth to her, I moaned as I tasted her, her juices starting to flow. My cock began to get hard, and soon my pants were fully tented. I hoped she wouldn’t mind if I jerked off.

Wrapping my arms around her thighs, I kissed, licked, and gently sucked on her pussy, her nectar coating the area around my mouth. Moving my mouth a little lower, I pushed my tongue into her opening, tasting inside of her.

A few moments later, I licked her clit again using long, slow strokes of my tongue and unfastened my pants so I could pull my dick out. I stroked it when it was free, focusing on the sensitive spot near the head. I moaned again, both from my self-stimulation and from the taste of her pussy.

Lauren had both hands on my head, tangled in my hair, pressing my head between her legs and crying out in pleasure. My eyes were closed, but I knew that if someone were to walk by on the street, they would be able to see exactly what was going on inside the bar. Hopefully, she knew that too, as she was the one being pleasured on top of it, but luckily, tonight, there were very few people out.

Judging from her sounds, she was getting pretty close, so I changed my long, slow licks to fast flicks over her clit, and she got louder and started to talk.

“Your mouth feels so fucking good on my pussy…”

I stroked myself a little faster with one hand and, with the other, grasped a little tighter onto her thigh.

She threw her head back. “Oh god, you’re going to make me come…”

I was getting closer, too, with my hand flying over my dick, so I slowed myself down to time it until after she came.

Lauren moaned and groaned, keeping one hand on my head while I licked her from her entrance to her clit a few times before focusing again on her clit.

Her hips jerked as she reached climax, pushing her pussy into my face. I licked her through every movement of her body, every pull on my hair, stroking myself the whole time. When she had stilled and let go of my head, I stood up, cock in hand.

“Oh yeah, come on me,” she said, looking hungrily at my hard, throbbing cock.

I moaned or grunted every few seconds until I was ready to blow my load.

“Wow,” she said, having recovered a little more than me at that point. “You do love eating pussy.”

“Told ya,” I said, smiling. Then I leaned over and gave her a kiss on the mouth.

After putting my dick back in my pants, I grabbed her a clean towel to clean up with, and she wiped herself off and got dressed. Five minutes later, we were chatting about random things again, then she told me she needed to be going.

“Could I walk you to the front doors? Considering the kind of night we’ve got out there.”

We walked out into the wet, cold night, and at the door to her hotel, we kissed goodbye. No phone numbers exchanged, no “maybe we’ll talk soon,” just a “thanks for the fun evening.”

And I had to agree.