Quickies: Strangers in the Den 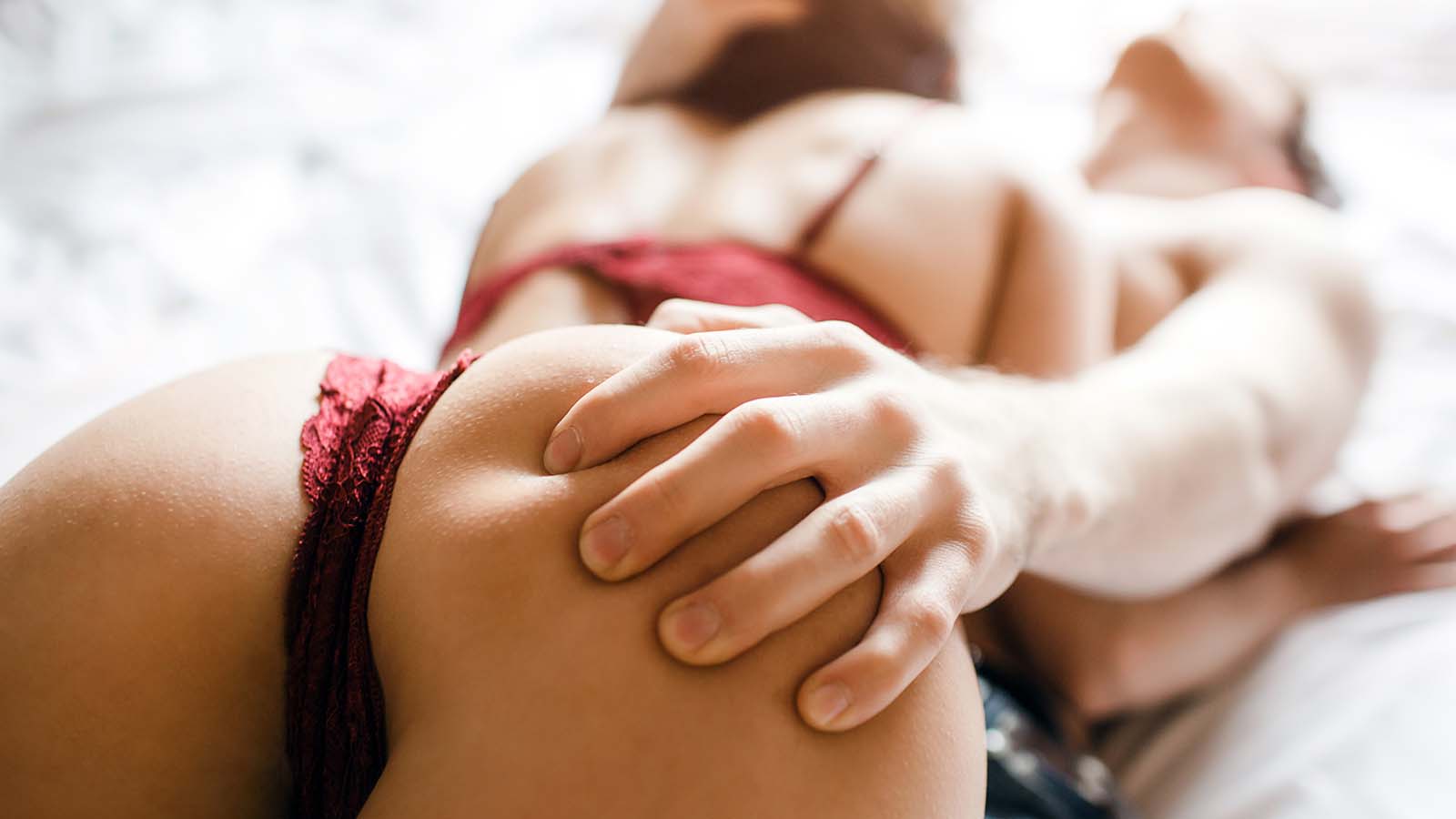 I rang the doorbell to my new client’s house and stepped back to wait for her to open the door. The house was large but not massive and situated in a neighborhood where luxury cars and SUVs sat in most driveways.

The locks on the front door clicked and clacked as my client opened them from within. A moment later, an attractive, middle-aged woman stood in the doorway smiling at me warmly.

I was immediately taken by her, though she was very likely double my age. I was twenty-six and I was guessing she was in her early fifties.

“Well, in that case, feel free to call me Deborah. Come on in. Let me show you to the den.”

I entered the home behind her and, despite myself, couldn’t keep my eyes off her ass as we walked up the staircase to the second floor of the house. She was wearing a pair of jeans that really showed off her figure.

“Okay, here we are,” she said, leading me into the den, which had an unmistakable masculine vibe to it. “My husband is away this week, and one of my tasks was getting someone to set up his new entertainment center.” She smiled and winked. “There are all the boxes, and he wants everything set up against this wall…”

She pointed as she walked me around the spacious room that already had a couch and a pool table, as well as some lamps and small tables.

“Any questions?” she asked.

“I think I can take it from here,” I said. “I’m guessing it’ll probably take a couple of hours, maybe a little more.”

“Great. I’ll be downstairs if you need me. I’m so glad I found you, I’ve been looking for a good handyman, and all your reviews are excellent.”

She winked again and walked out of the room.

An hour and forty minutes later, I was on my back hooking up various wires and cords, with most of the work done. I figured I’d be out of here in about half an hour. All in all, it had been a pretty painless job, and Ms. Stone was easy to work with.

I heard footsteps on the staircase and figured she was coming to check in on the work. Waiting for her to appear in the doorway, I sat up, and a moment later, she was there.

Shocked, I didn’t have the energy to say anything. I just watched her walk across the room, big, heavy tits swaying as she moved, until she sat down next to me and smiled.

She put her hand on my leg. “Can I take your cock out?”

I was already a little hard. “Y-yeah,” I said, unbuttoning and unzipping my pants.

She reached her hand into my underwear, wrapped it around my hardening cock, and stroked a few times before pulling my pants and underwear down my legs, so my cock popped out.

She stroked a few more times before leaning over me and placing my dick in her mouth, where she promptly pulled it in as far as she could comfortably fit. I closed my eyes and moaned as I got harder in her mouth.

She used her hand with her mouth to give me slow, wet strokes, sucking and licking on my shaft while it got bigger and bigger in her mouth. Finally, I was rock hard and ready to go.

Deborah chuckled a little as she let my dick go from her mouth and moved to climb on top of me.

“Nice and thick,” she said, while she lowered herself onto my cock, the head of it just touching her pussy.

When she slid it into her body, her pussy was slick and tight, like it was giving my dick a tight hug.

“Fuck,” I whispered when I was all the way inside, grasping onto her thighs as she began to ride me.

She rocked her hips back and forth while she played with her tits, pinching her nipples. I couldn’t wait to get my hands and mouth on those things. Then she reached between her legs and stroked her clit.

I ran my hands up and down her thighs, then onto her hips and waist. As she stroked herself, I moved my hands onto her tits. I kneaded them, and she moaned.

At that moment, I remembered that she was married and guessed that she wasn’t worried about fidelity. Maybe this wasn’t even her first time.

As for me, I could have cared less. That was her business.

She leaned forward over me, pushing and pulling herself so that my cock slid in and out of her. Her tits were bouncing near my face, so I grabbed one of them and put the nipple in my mouth, sucking and licking. After that, I licked and kissed all the flesh around the nipple.

Her moans echoed through her husband’s den, and I was getting close to coming. But, I wasn’t ready for it to be over yet.

“Ride my face,” I said, eager to taste her pussy and to slow things down. She pulled herself off my dick and climbed up my body to sit over my face.

Wrapping my arms around her thighs, I pressed my mouth against her wet pussy, tasting all her nectar-covered folds before focusing on her clit.

She took in a sharp breath of air as she placed a hand on my head and ground her pussy against my face, her juices coating the skin around my mouth. She was really moaning now, cursing and crying out as I ate her.

She went to the couch and sat down on a cushion, putting her feet onto the edge of the seat and opening her legs.

Placing my head between her thighs, I went full force on her clit, licking and sucking, while I slid two fingers in her opening.

She had both hands on the back of my head, moaning loudly and cursing, while I fucked her with my mouth and fingers. I flicked my tongue on her clit as fast as I could.

Her pussy squeezed around my fingers as her hips bucked into my face, and I licked and fingered her until she stopped moving.

“Fuck…,” she said, exhaling deeply and pulling me into a kiss. “Want to get back inside me?”

“Yeah,” I said, and she turned herself around on the couch, so her knees were on the floor, and she leaned over the cushion on her elbows. Dick in hand, I put it up to her pussy and pushed it in.

Deborah groaned, and so did I as I began sliding my cock in and out of her in smooth, steady strokes. I reached around her and grabbed both of her tits, squeezing them in my hands as I really began to drill her pussy. I wasn’t going to last that much longer.

I had to agree. Her pussy felt amazing, and playing with her big tits was really putting me over the edge.

“Mmm… I want you to come inside me… Fill my pussy with your big, creamy load…”

I was breathing really heavy now and getting really close to blowing it. Grasping onto Deborah’s hips, I banged hard and fast, so our bodies slapped together with a loud sound.

When I was just about there, I began grunting loudly, pounding hard, and getting ready to bust inside of her.

“I’d better go clean up,” she said, winking and standing up. “There’s a bathroom just down the hall if you want to too.”

“Thanks,” I said, pulling up my pants.

A half an hour later, I had finished the job and was downstairs in her kitchen taking her payment, neither of us talking about the fact that we had just fucked on the floor of her husband’s den.

When the payment had gone through, and she walked me to the door, we stopped just before, and she slipped a few twenties into my hand.

“Here’s an extra thank you,” she said and kissed me on the cheek.

I had this feeling that the next time her husband was gone, she would have another job for me.

Continue reading about Ken and Deborah's sexy adventures in The Fix 1. Available at a variety of retailers.